— Lusail 2016
Project Overview
As the venue for Qatar’s 2022 World Cup bid, the Lusail Iconic Stadium will provide a world-class football facility for 94,428 spectators during the opening ceremony, group games, and final. Reflecting Doha’s culture and heritage, the stadium is designed to be highly energy-efficient and capable of performing in extreme summer climatic conditions. 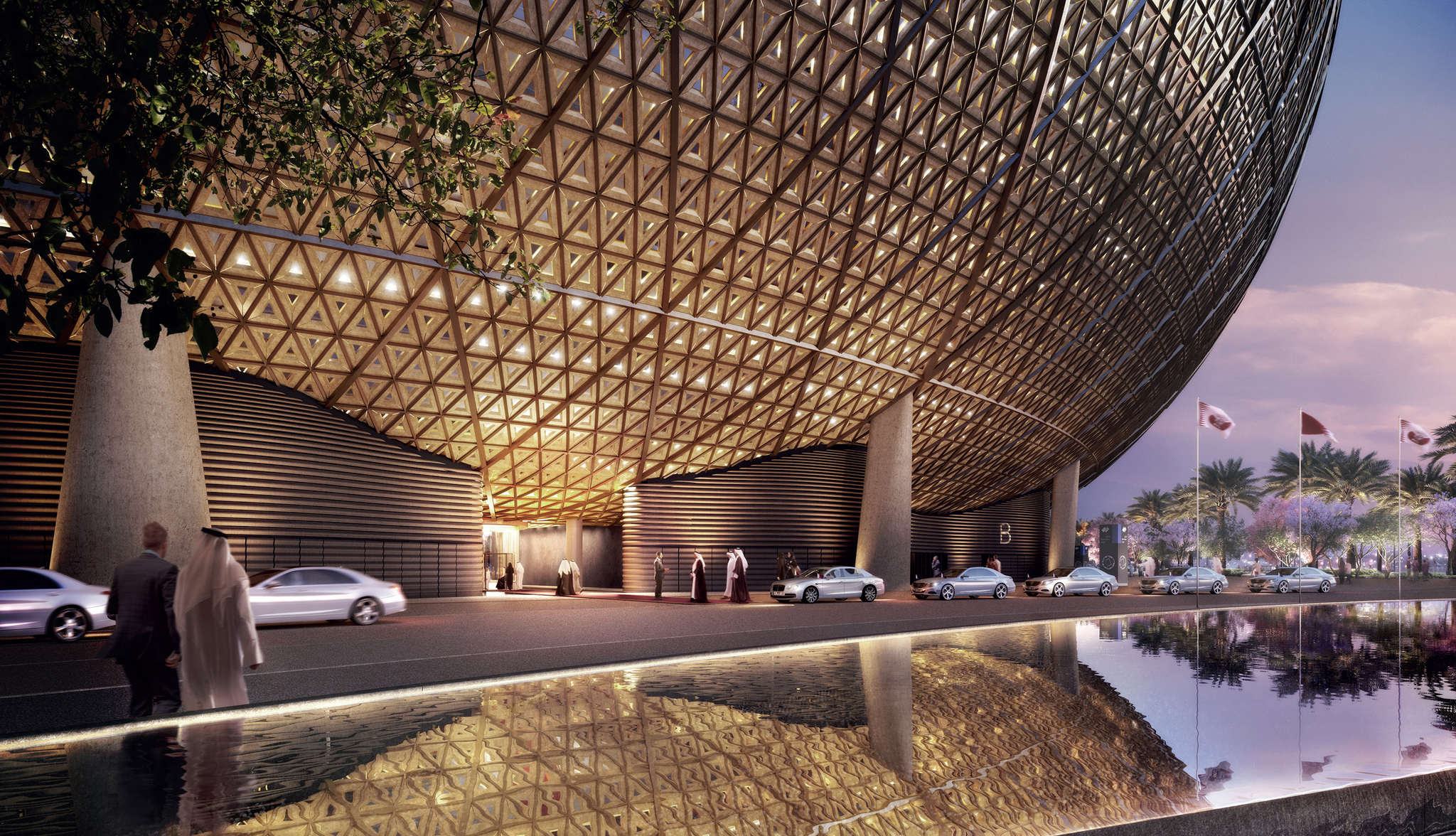 The design aspiration is to capture the architectural identity of Qatar in the simplicity of the stadium’s form. The building should become a living symbol of Qatari ideals and heritage made visible for everyone to see. The legacy of the World Cup, a moment when the world came together in Qatar, should be embodied in the building's overall embracing form which can symbolize harmony during the event and act as a catalyst for future events and activities at the Stadium. To achieve these aspirations we went back and studied the evolution of the identity of Qatar; its nature, landscape, and its built environment to capture the essence of the local cultural identity. We were particularly interested in the way buildings responded to the climate and the terrain.

Lusail Stadium, which will host the Qatar 2022 FIFA World cup final, will be of a completely different scale to any other buildings in the region. But there are many clues in the Qatari culture that can be applied to the stadium so that it embodies Qatar’s unique identity. A powerful form celebrated as a simple geometric shape can embody the richness of detail and subtleties of scale so that it works in a distant perspective or close up as spectators approach and start to enter the building. The stadium will become a catalyst for the urban activation of the new city of Lusail.

Intrinsic to the overall design concept of the stadium, the exterior cladding forms the main architectural design feature to be seen by spectators. This ‘golden vessel’ not only provides a unique visual identity, but also serves as a major element in protecting users from the harsh climatic conditions.

The double-curved surface of the vessel sets the geometric definition and penalization of the façade. The façade is composed of flat panels that are supported by 3D adjustable brackets off the steel structure. The panels are triangular along the diagonal grids to follow the warp of the surface. The façade grid follows the steel structure and emphasizes the diagrids on the exterior with feature clad elements. These elements are a visual continuation of the internal steel structure. Primary and secondary steel members are linear (not curved) and set out on a triangular grid arrangement to follow the curved geometry of the vessel. Each of the triangles is flat.

In between the diamond-shaped exterior cladding features, the façade will have the appearance of a matt metallic mashrabiya. The function of the vessel cladding is to provide a thermally insulated envelope between internal and external space allowing daylight in whilst minimizing the solar heat gain into space. The cladding panels are triangular, to avoid warp, and are fixed back to a steel structure connected to the outside face of the main structure at nodal points. The steelwork supporting the cladding to the vessel is divided vertically into 4 equal sections which vary in size as the vessel increases in height.

The individual triangular panels are flat and they contain a triangular double glazed unit. The proportion and size of glazing vary with the height and orientation of the vessel. An internal perforated lining is required to the rear of the panel to provide acoustic insulation and to reduce the reverberant noise in the larger open spaces. A continuous calligraphy band is located at the top of the vessel and provides the air inlet between the two skins of the roof.

To the underside of the belly of the bowl and inside the thermal line the vessel continuous to the inside as triangular aluminum soffit panels. These are similar in appearance to the main cladding panels but do not contain glass or insulation. These panels are also acoustically insulated. The cladding for the base of the building is a glass fiber reinforced concrete (GRC) undulated strip that highlights the different entrances to the stadium. Its grey color contrasts with the golden vessel and helps to create a floating appearance for it. 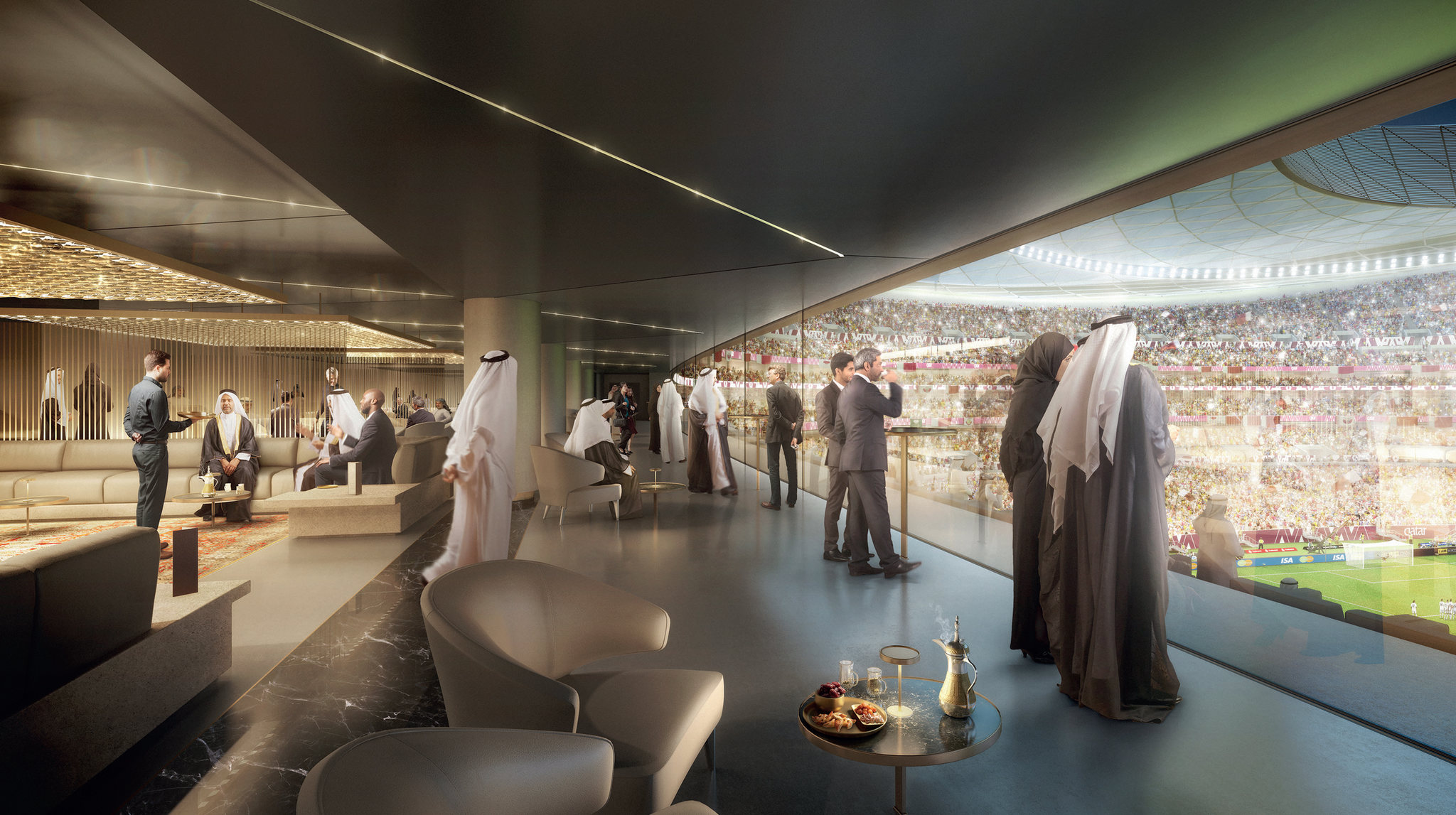 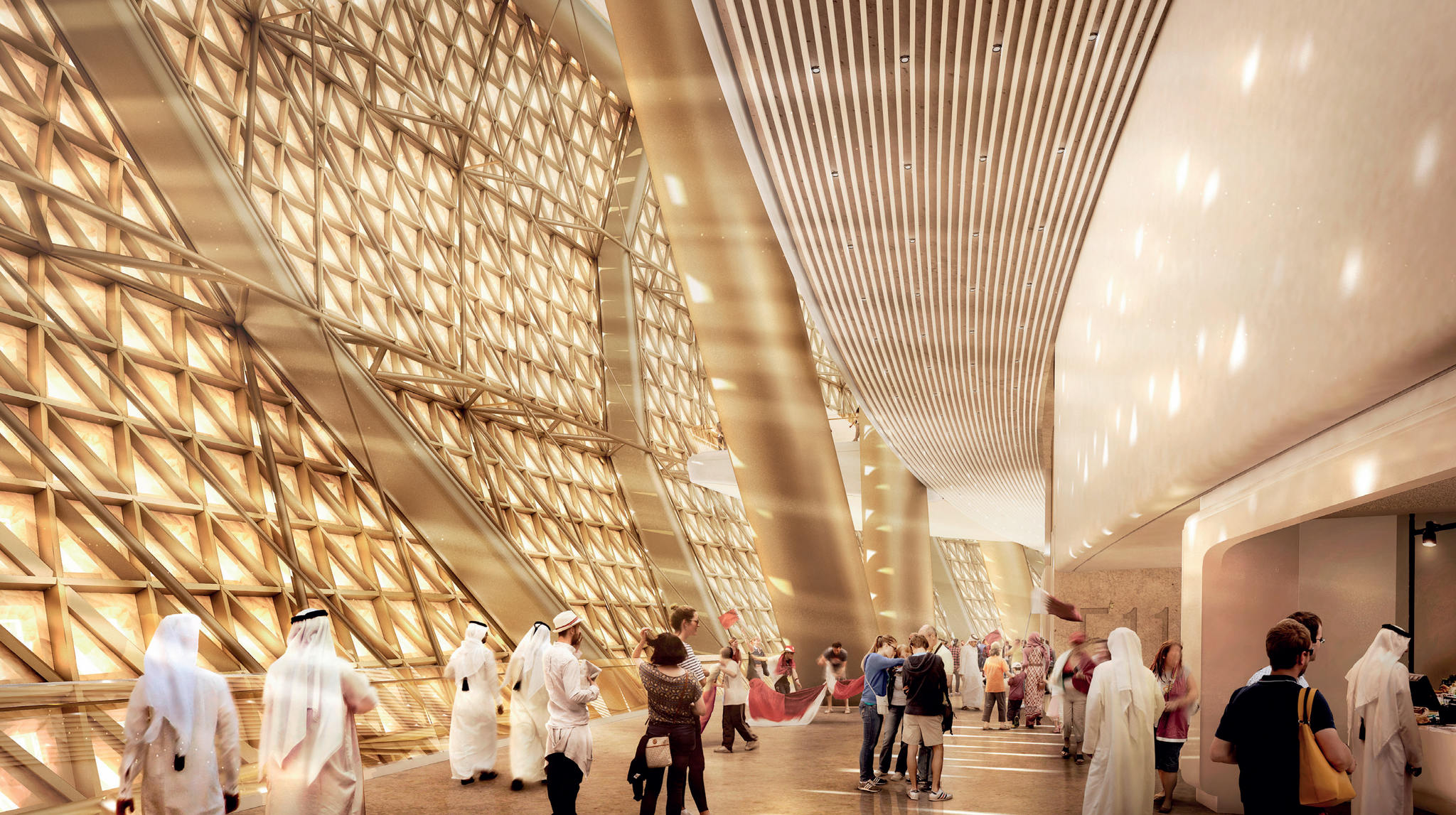 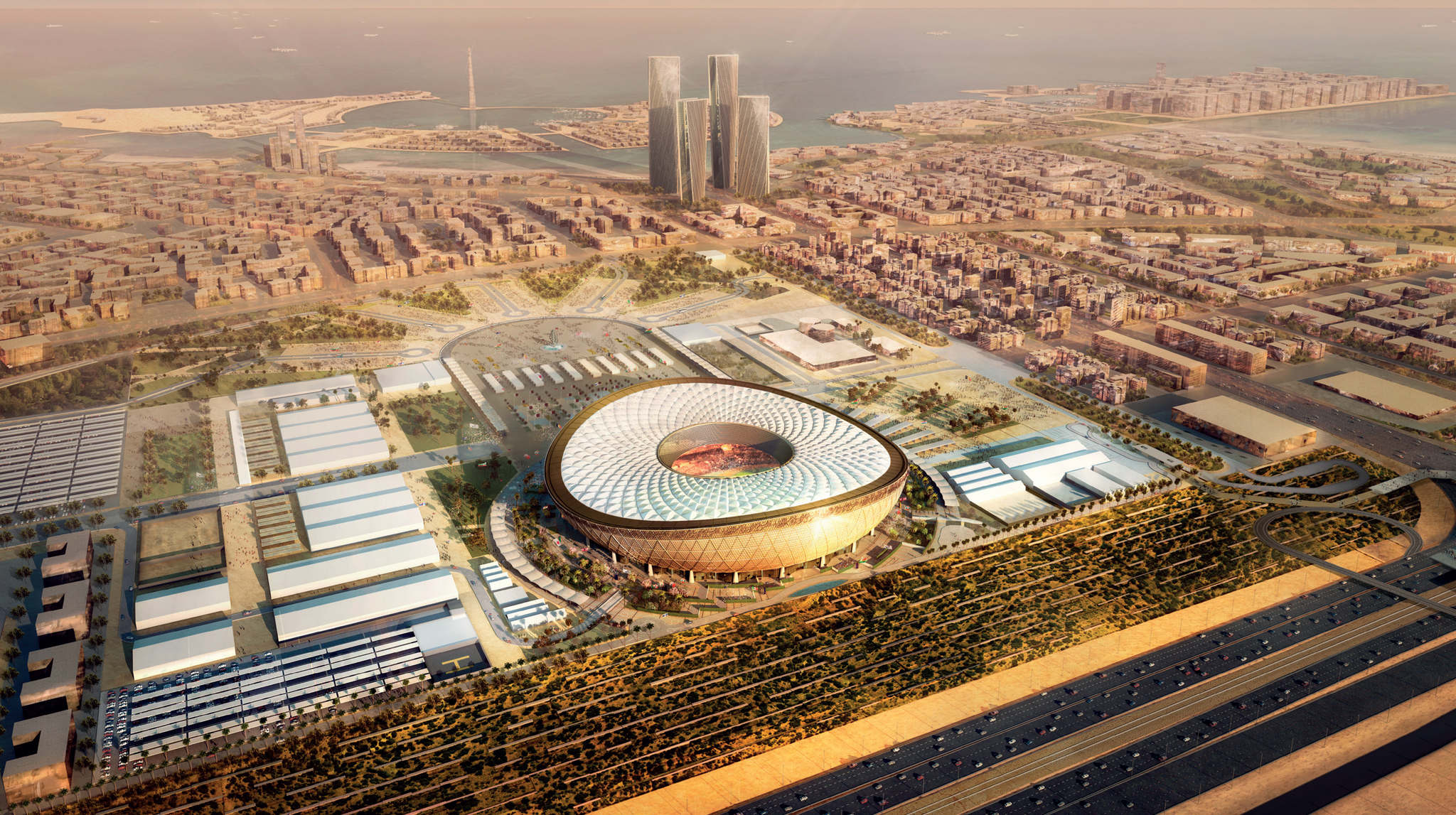 Want to get in touch?
Drop me a line!

Thank you! Your submission has been received!
Oops! Something went wrong while submitting the form.
Wael Nasrallah
Portfolio
InstagramTwitterLinkedin
© 2022 by Wael Nasrallah