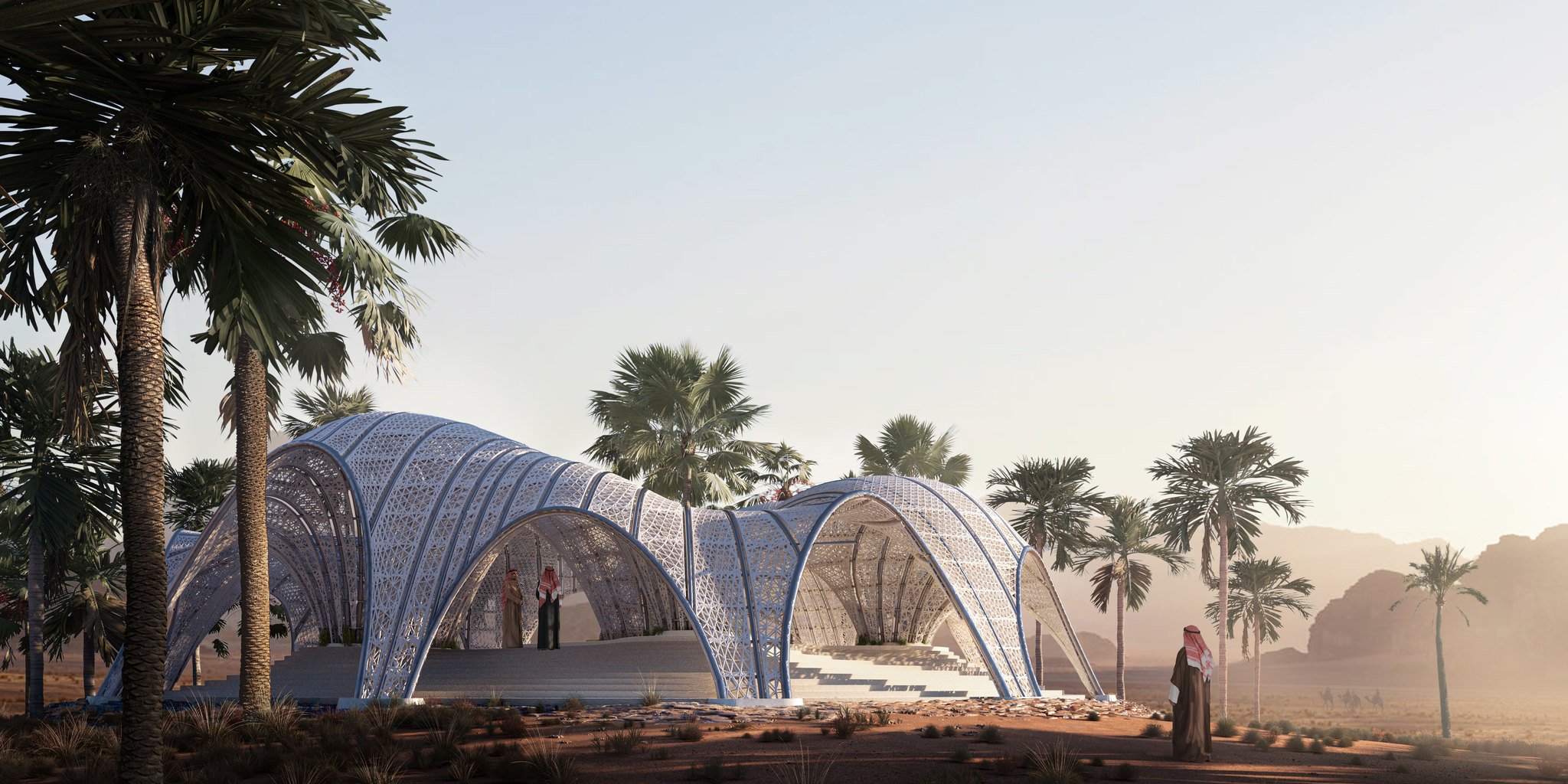 Designed with a unique overlap of Bedouin Heritage and Space-Age Technology, By utilizing generative design methods to simulate a holistic structure: a hybrid of a 3D printed polymer shell on 3D printed concrete topography. Inspired by the ingenuity of the mobile architecture of the local Bedouins, we were inclined to simulate a tent-form using the ‘Mesh Relaxation’ parametric strategy, which generates a digital Catenary mesh geometry, in equilibrium.
‍
By grounding the tent form as a ‘diagram of forces’ emitting various ‘charges’ that correspond to seating areas, we looked at the phenomena of magnetic fields to unify those charges. We used the patterns emerging from the interaction of one space to another, to develop the floor plan of the pavilion. The physical phenomena of the magnetic force patterns between a number of nodes represents an opportunity for an interesting planning strategy.
‍
To quantify this phenomenon into a digital algorithm simulating those patterns, the team wrote a script that adopts the ‘RK4 Method’, developed by the German mathematicians C. Runge and M.W. Kutta around 1900. The ‘flow-lines’ from the magnetic field simulation are projected onto a digitally simulated optimized mesh which is generated via a script that approximates centenary curves.
‍
The script generates vector fields resembling magnetic forces which are then manipulated to subdivide the outer shell of the structure into panels that are within the printing range of a 6-axis industrial robot. 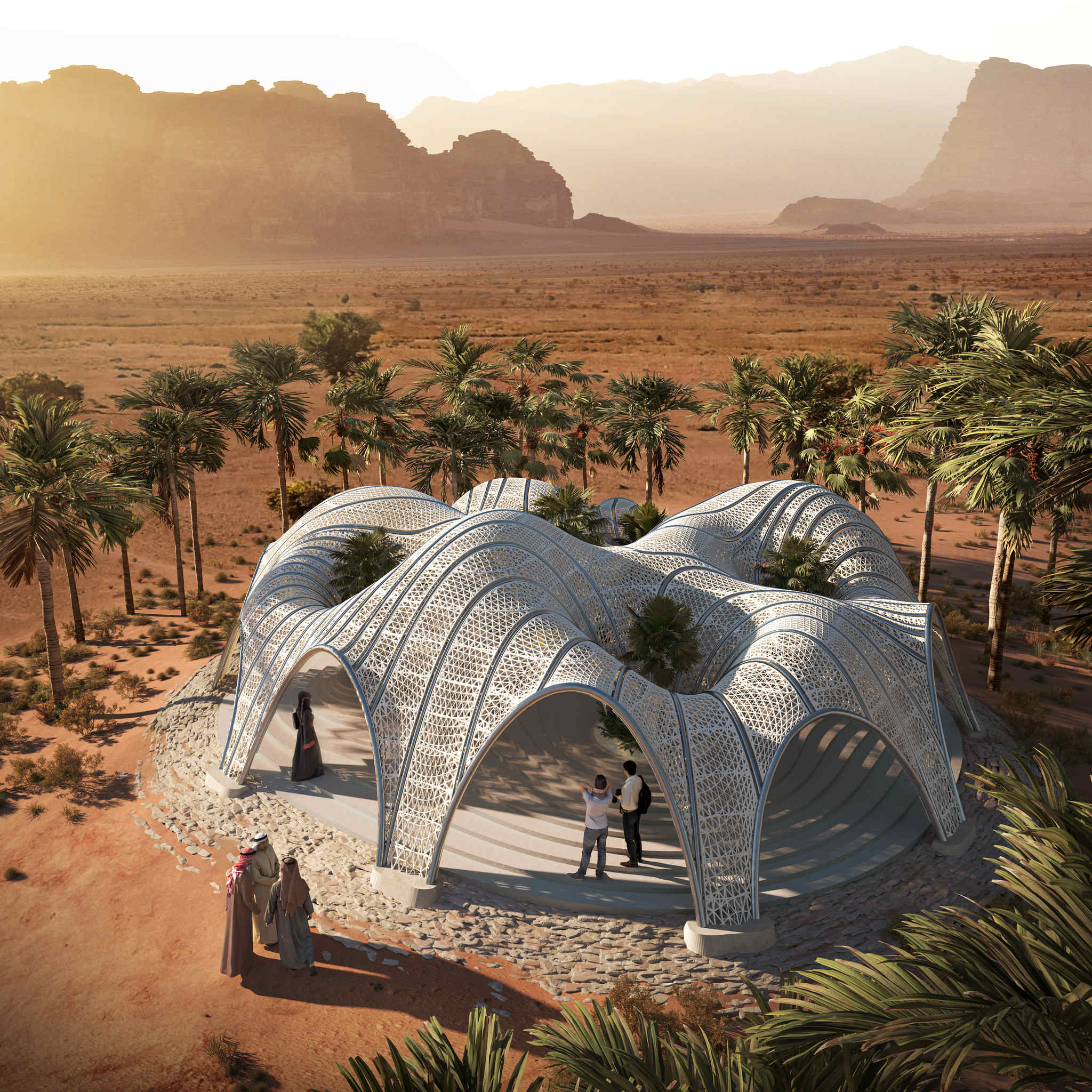 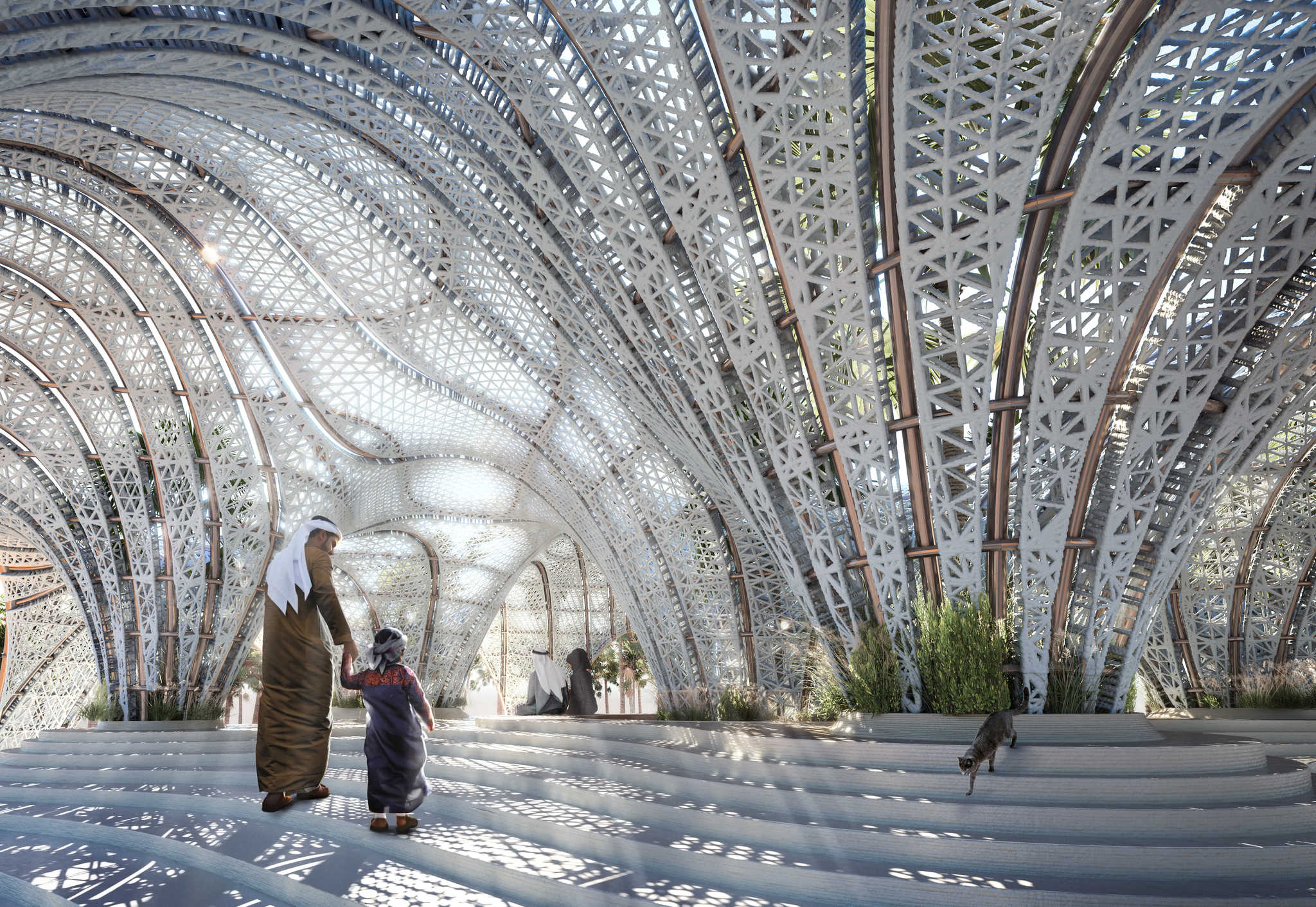 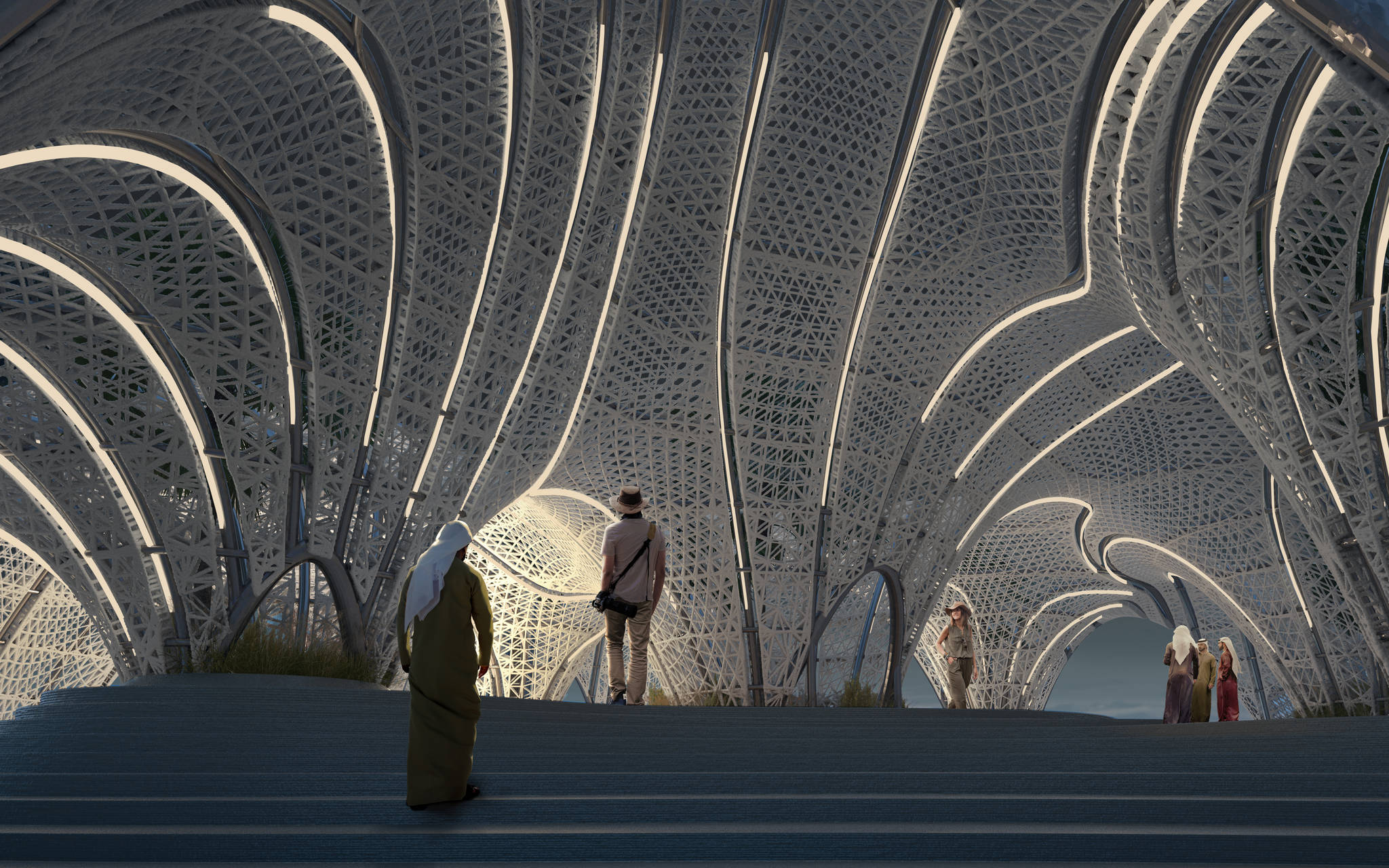 Want to get in touch?
Drop me a line!

Thank you! Your submission has been received!
Oops! Something went wrong while submitting the form.
Wael Nasrallah
Portfolio
InstagramTwitterLinkedin
© 2021 by Wael Nasrallah